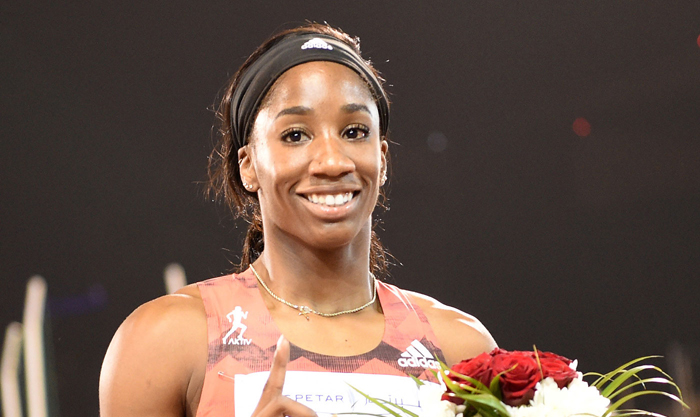 No less than 10 of the world’s top ranked athletes will compete at BAUHAUS-galan at Stockholm Olympic Stadium on Thursday 30 May. The latest addition is USA’s, Kendra Harrison (picture), world record holder at 100m hurdles, who is also the fastest in the world this year. Photo: Deca Text&Bild

Kendra Harrison has competed at BAUHAUS-galan before. In 2016 she was the winner of Susanna Kallur’s much-publicised 100m hurdles comeback race. Harrison holds the world record of 12.20 which she set at the London Diamond League meeting three years ago. Will she come close to it at Stockholm in ten days’ time?

One of athletics’ most interesting names is American 400m runner, Michael Norman, from San Diego who, after the world indoor record in 2018 is just getting better and better. In his first outdoor competition of the year, he caused shock waves by running 43.45.

– Michael Norman is the most exciting runner in the world at the moment after opening his season a month ago just four tenths of a second from the world record. On Sunday he ran 200m in 19.84 into a headwind and I think that he can challenge the 400m world record in Stockholm, says Jan Kowalski, Meeting Director for BAUHAUS-galan.

Norman’s 43.45 places him fourth on the world all-time list behind Wayde van Niekerk’s world record of 43.03, the Olympic gold medal time in Rio 2016.

– I’m excited to be running my first 400m race in Europe against a world class field. With so much depth in the 400m around the world, the anticipation leading up to BAUHAUS-galan is getting me excited. I can’t wait to see what the atmosphere is like and what fast times will come out of this meet.