An unusual competition which will be broadcast to 158 countries 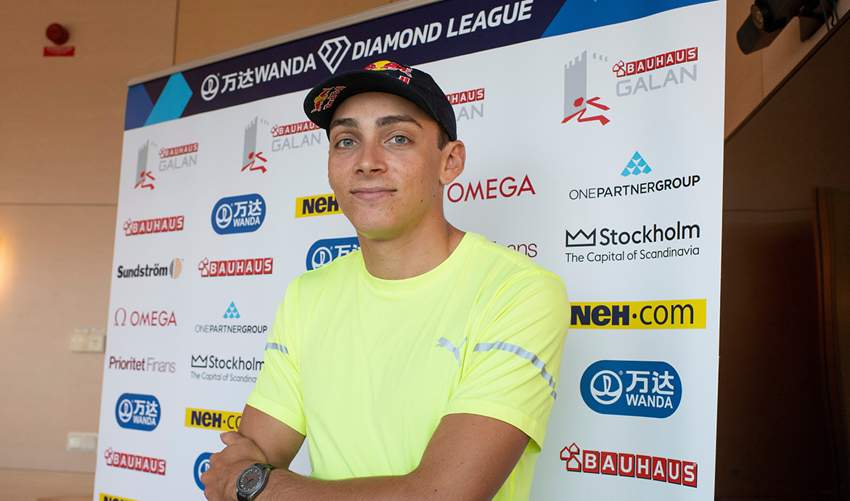 The requirements for organising a sports event in Sweden during the current pandemic are challenging. So the organising clubs, Stadionklubbarna, together with the Wanda Diamond League and World Athletics are delighted to be able to present an athletics meeting with events of a truly world class standard.

The Covid 19 pandemic has completely changed our mind-set and a clear example of this is how we consume sport.  TV is the obvious choice for watching live sport and this year’s BAUHAUS-galan, in cooperation with IMG Media, signed distribution agreements with 158 countries. BAUHAUS-galan will be broadcast on Swedish national TV (SVT1) between 15:00 and 18:00, with an international window between 16:00 and 18:00.

Thanks for Monaco’s Diamond League season-opener, many of the international athletes who competed there have continued on to Stockholm and BAUHAUS-galan.  In total, there are over 100 athletes from 35 nations and four continents. The biggest head-to-head will take place in the men’s pole vault between world champion, Sam Kendricks (USA) and Sweden’s own world record holder, Armand Duplantis.  The stadium record is 6 metres.  A diamond will be awarded to anyone setting a new stadium record.

A more local head-to-head is expected in the women’s pole vault, between the former Swedish record holder, Angelica Bengtsson and the new record-holder, Michaela Meijer. The Swedish record is 4.83m.

The record chase continues in the 400m hurdles, where Karsten Warholm will start in the outside lane.  The stadium record is 47.41 (Abderrahman Samba, QAT).

Daniel Ståhl competes in the discus with a favourable head wind conditions in the Stadium and is aiming for both the stadium record of 69.67m (Fedric Dacres, JAM) and to be the first to throw over 70 metres in the historic arena.

BAUHAUS-galan will finish with a 1500m, where world leader, 19 year old Norwegian, Jakob Ingebrigtsen, faces a tough field, including Timothy Cheriuyot, the Kenyan who recently won in Monaco. The 23 year old stadium record of 3:29.30 by Hicham El Guerrouj (MAR) is definitely under threat.

The organisers believe that there’s a good chance that the Olympic Stadium will see it’s 84th world record.  The person who achieved the 83th is Wilson Kipketer with his 1:41.73 800m in 1997 when he equalled Sebastian Coe’s performance.

A sea of yellow
The stadium will be full of yellow figures, thanks to a campaign to financially support BAUHAUS-galan. All those who bought a supporter’s ticket could send in a selfie which was then printed onto a ’cut-out’ figure and set up in the stands.