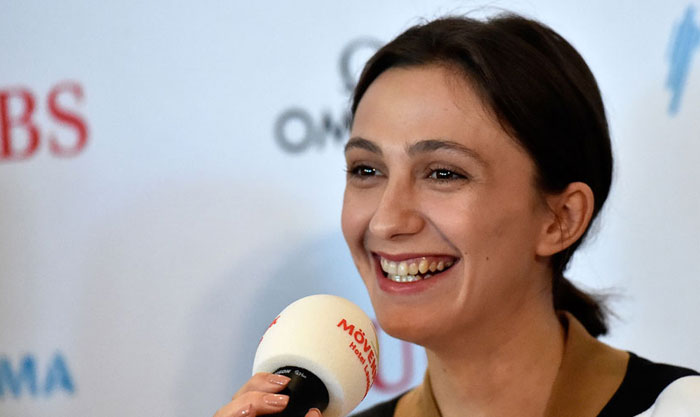 High jumper, Mariya Lasitskene, has won the last two World Championship titles and is undefeated for two years. On 10 June, she will be at Stockholm Olympic Stadium and aims to break the stadium record of 2:07m – one of the toughest on the list. She will be joined by a high quality field, led by world silver medallist, Levchenko plus three Swedes, including Sofie Skoog. Photo: Deca Text&Bild

The Russian superstar and world number one, Mariya Lasitskene won all 24 events she competed in in 2017, including the World Championships in London and all her Diamond League competitions. Her victory trail has continued this year and she remains undefeated since 1 July 2016. The start field is world class and includes world silver medallist, Yuliya Levchenko, Marie-Laurence Jungfleisch, who finished 4th and finalist Morgon Lake. If conditions are good and everything feels right on the day, Lasitskene could well challenge the eleven-year-old stadium record of 2.07m which belongs to Blanka Vlasic.

Swedish hopes
Three Swedish jumpers are also on the BAUHAUS-galan start list. Erika Kinsey, started her season with an excellent 1.93m which ranks her 6th in the world; Sofie Skoog, who unfortunately had to cancel her season’s debut in Shanghai at the beginning of May due to a stomach bug, is now ready to start in the Rome Diamond League on 31 May; and Bianca Salming, the combined events specialist, opened her season in early May with 1.88m, only two centimetres off her personal best.

Three Swedes over 1.90?BAUHAUS-galan is an excellent opportunity for the Swedish trio to qualify for the European Championships in Berlin in August. Erika Kinsey has already achieved it and for Bianca it would mean equalling her personal best. Sofie Skoog cleared 1.91m in the winter but has a personal best of 1.94 so it is definitely within reach.Patrik Åman och Jonas Hedman