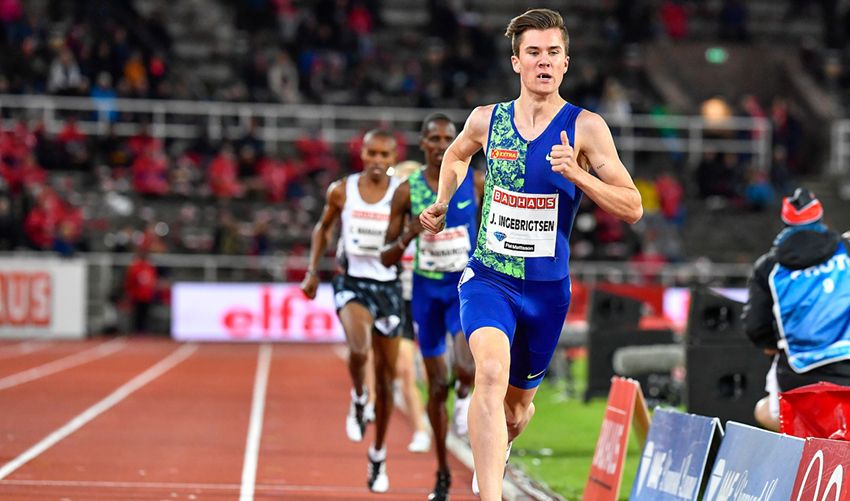 As well as European 1500m king, Jakob Ingebrigtsen and Karsten Warholm in the 400m hurdles, we can look forward to seeing seven reigning world champions in the Stockholm Olympic Stadium when BAUHAUS-galan takes place on 23 August.

There was Norwegian splendour at the Wanda Diamond League meeting in Monaco on Friday, and this will continue at BAUHAUS-galan. Jakob Ingebrigtsen, in top form with his new European 1500m record, has a chance for revenge over Timothy Cheruiyot, the Kenyan who beat him there.  Karsten Warholm, with his fast 400m hurdles season-opener of 47.10 aims to run even faster.

”We’re delighted to be able to welcome the Norwegians to Sweden for BAUHAUS-galan”, said meeting director, Jan Kowalski.

Many Swedish stars in top shape

Swedish stars are coming to BAUHAUS-galan direct from the national championships in Uppsala, where many showed top form.  Thobias Montler broke the championship long jump record with 8.15m, Andreas Kramer has run two 1:45 800m races in the past week, Khaddi Sagnia recorded 6.72m to claim the Swedish long jump title and high jumper, Erika Kinsey is improving with every competition, achieving 1.95m to win in Uppsala.