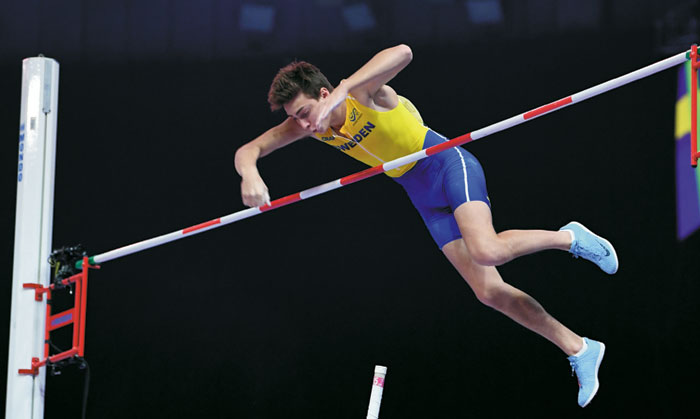 BAUHAUS-galan, the IAAF Diamond League athletics meeting which takes place at Stockholm Olympic Stadium on 10 June, has assembled its best start field for a number of years. The impressive line-up includes 25 Olympic and World Champions.

– We could actually have organised another competition just with the athletes we have on our reserve list, remarked Ulf Saletti, who is responsible for recruiting the elite field.
There are high-quality start fields in all thirteen Diamond League events at BAUHAUS-galan with a total of 25 Olympic and World Champions. If you count all medallists from Olympics and World Championships then there is a staggering 62!

– This is the best start field we have had for a number of years. Last year the US trials for the World Championships, and a few other major national championships, were held close to BAUHAUS-galan and this prevented many stars competing in our event. But this year there are no global outdoor championships so early summer one-day competitions become a greater focus for many athletes, explained Ulf Saletti, who is responsible for the start field, together with Daniel Wessfeldt and Stina Funke.

The top four from the London World Championships men’s discus will compete, including Daniel Ståhl, and the men’s pole vault has the gold medallists from the past four world outdoor championships.  Also on the start list is Swedish super talent, Armand ”Mondo” Duplantis, who is second in the world ranking with 5.93m

– Amongst others, Mondo will face 2017 World Sam Kendricks who he has not beaten yet, Shawn Barber, 2015 world champion and 2017 world silver medallist, Piotr Lisek, said Ulf Saletti.