Towards our 10th Diamond League Season 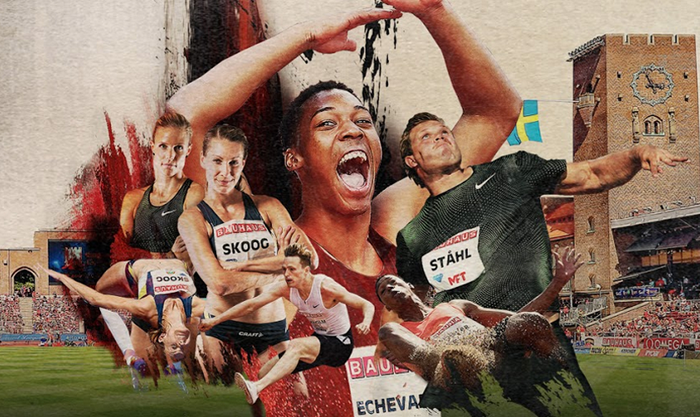 Preparations for BAUHAUS-galan on Thursday 30 May are well underway and it’s going to be a busy day with youth competitions, a family festival and the Diamond League meeting in the evening. The best in Sweden and the whole world will be there. This is the 10th season of the Diamond League and Stockholm Olympic Stadium has been host every one of those years.

The 10th Diamond League season will be commemorated by BAUHAUS-galan with a 10,000m race, starting at 10 pm Thursday 30 May. Over the years, the classic stadium has staged many 10,000m races, three of which have produced world records – the most recent in 1993 when Kenya’s Richard Chelimo recorded 27:07.91 in front of an ecstatic crowd. This year’s race will be an opportunity for the world’s best distance runners to achieve fast times and qualify for the World Championships in Doha.

The race which was seen by millions
The Stadium has provided some fantastic moments over the past years and the unforgettable 100m duel between American Tyson Gay and sprint king, Usain Bolt, is one of the highlights. Media focus was extreme and tickets were soon sold out when the clash was announced a few weeks before the event.
15,472 spectators and millions of TV viewers saw the race which was over in 9.84 seconds, a new stadium record which still stands. And it was Tyson Gay who won!
The duel was selected as the year’s greatest sporting moment by US TV channel, Universal Sports, which chooses each year a significant event across all sports.
– That was huge! But my personal favourite is Susanna Kallur’s comeback at 100m hurdles in 2016. It was such an emotional occasion after she had been out for so many years, commented Jan Kowalski, chairman of the event’s organising clubs.

BAUHAUS-galan number three
This year’s season starts in Doha on 3 May, followed by Shanghai on 18 May and then BAUHAUS-galan on Thursday 30 May. It is Ascension Day, a holiday in Sweden, and a perfect opportunity to experience live athletics at Stockholm Olympic Stadium.
The action begins at 13.00 with youth competitions, continues with relays and a family festival before it’s time for the opening ceremony at 19.00.
/Jonas Hedman

Buy your tickets for BAUHAUS-galan, Thursday 30 May today!