Many diamonds and a magical "world record" by Armand Duplantis 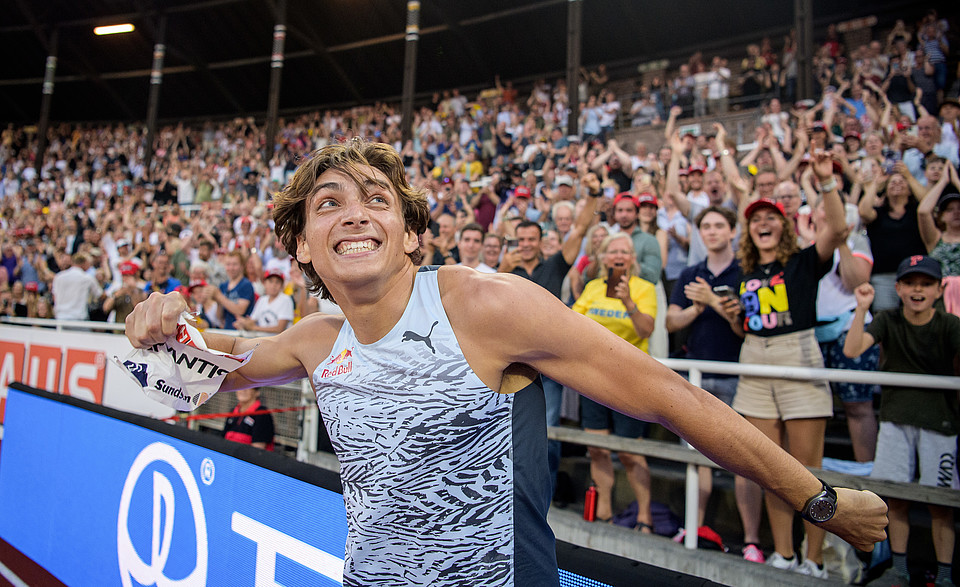 It was a magical record evening at Stockholm's Stadium when BAUHAUS-galan finished with nine stadium records. The most memorable was Armand Duplantis "world record" in the pole vault when he jumped 6.16m, the highest anyone has ever jumped outdoors.

It was a magical record evening at Stockholm's Stadium when BAUHAUS-galan finished with nine stadium records. The most memorable was Armand Duplantis "world record"* in the pole vault when he jumped 6.16m, the highest anyone has ever jumped outdoors.

- It means a lot. But especially in my new home town Stockholm, says Duplantis said in SVT's broadcast.

BAUHAUS-galan is currently ranked as the second best Diamond League competition this year according to World Athletics after the competition in Eugene. In this year's competition nine (!) stadium records were set, including two in the men's javelin and discus. The individual winners Armand Duplantis pole vault, Alison Dos Santos 400mh, Kristjan Ceh discus, Anderson Peters discus, Femke Bol 400mh, Chase Ealey shot put** are rewarded according to the gala's tradition with a diamond each for their performance.

In addition to the stadium records, a Swedish record (Armand Duplantis) was also recorded because the Swedish Athletics Federation recognizes indoor and outdoor records separately. On top of that, five more national records, two Diamond League records and four world bests were set on this record night.

The competition was seen by approximately 1.5 million viewers on Swedish television (SVT). In addition to that, approximately 250,000 streamed the broadcast via SVT Play. The Stadium spectator figure was 10,400.

14 Swedes had the opportunity to compete in the Diamond League, with one victory, two third places, a fourth, a fifth and a sixth place, which is a fine result for Sweden in the world's best competition series.

- It went well today. Good conditions, a good audience and a full stadium are always good.

- I am very happy to be back at the Stadium which I really love and I am happy that I could win again. It was a good race but not perfect.

*Armand Duplanti's "world record" does not count as an official world record since it is the highest mark indoors or outdoors which officially recognized as the pole vault world record.

**In the shot put, the previous stadium record (20.30m Adams) was broken by Chase Ealey with her 20.48m but the competition record from Kungsträdgården (20.57m Adams 2011) still stands.