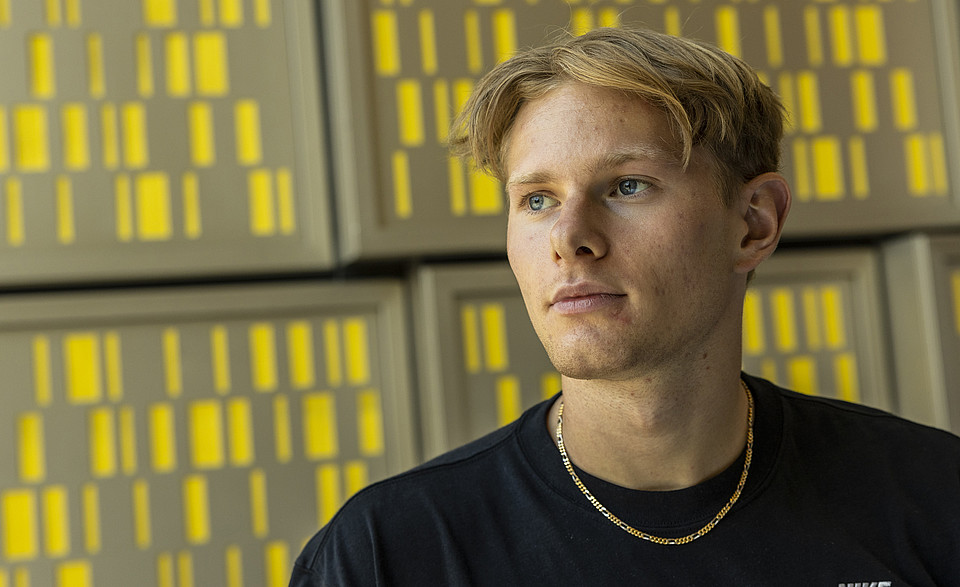 During today's press conference at Scandic Continental, the most of Sweden’s best athletes participated together with the national team captain Kajsa Bergqvist. The topics of the press conference were about the expectations for Thursday's BAUHAUS-gala at the Stockholm Stadium and the selection procedure for the World championships in Eugene later this summer.

Carl Bengtström a new star on the international stage

Carl Bengtström broke through with thunder and lightning during the indoor season where he won a bronze medal in the 400m during the World indoor championships in Belgrade. A distance that is not his main event (400m hurdles), but which showed that he is to be reckoned with on the international stage. After a strong start in the Wanda Diamond League in Eugene and Oslo, he is now ready to perform at the Stockholm Stadium.

- It is incredibly cool to be able to participate and compete in the biggest competition in Sweden. Having the opportunity to compete with the strong opponents definitely increases performance and it's fun to finally be here. The Stockholm Stadium is also a fantastic arena to compete in. I'm really looking forward to it!

Another Swede who has been in the spotlight in recent weeks is Andreas Kramer. He is now looking forward to the BAUHAUS-gala at the Stockholm Stadium. A Swedish record is not out of reach but he does not dare to predict the weather.

- I have not dared to look at the weather forecast, laughs Andreas. But I know that it will be a great starting field with several runners to both challenge and be challenged by. Throughout the season I have shown a good shape and now I hope, with extra help from the audience at Stockholm Stadium, to be able to get something extra.

Some of the world's best athletes - are Swedes

Fanny Roos is today ranked as the fifth best female shot putter in the world, which means that she is the highest ranked among the Swedish female athletes. With a third place from the Wanda Diamond League series in 2021, she is now looking forward to compete at the Stockholm Stadium.

- The audience at the Stockholm Stadium makes a big difference for me and I look forward to the competition. When you are out on the track, you focus entirely on your task, but it is definitely something special to compete with a supportive audience at the Stadium.

The Wanda Diamond League winner from 2021, Thobias Montler, also agrees with the importance of the home crowd.

- It feels a bit my home field and, at the same time, it feels like it is a big international Diamond League competition. I have performed well at the Stockholm Stadium before and I like the surface. I look forward to Thursday!

The Swedish Olympic silver medallist with the impressive personal best of 69.48, Simon Pettersson, will face the absolute toughest opponents on Thursday. But he does it with a good feeling.

Kajsa Bergqvist about the Swedish team for the WC in Eugene

The leader of the Federation Kajsa Bergqvist took part at the BAUHAUS-gala's press conference to present the latest news about the national team for the World Championships in Eugene later this summer. Initially, she reproduced wonderful and sunny memories from Stockholm Stadium during her own career as a world class high jumper.

- I remember, when you entered the Stadium on the long side, you got a massive support with a standing audience all the way to the high jump corner. I only have good memories from the BAUHAUS-gala! It was always good weather as well, Kajsa laughs.

She continued to inform about the conditions for being selected for the national team in Eugene, which will be presented completely at the beginning of the weekend.

- The qualifying period is now over and we are looking at those who have both shown great capacity before, but perhaps even more important who can show that they are in shape and ready for a world championships.

One of those waiting to be notified for the World Championships in Eugene is the javelin thrower Kim Amb.

- This year, it has been a struggle. With two small children at home, it has been a lot of illness and I have therefore lost a lot of training. Now I have been able to compete and I feel that the good shape is coming. It will be great fun to come back to the Stadium after so many years!